Ars Magna1 is a high-performance high-availability computing cluster that operates continuously thanks to its batch system. At present, the facility is composed of:

The Ars magna cluster is essentially used to offer the HPC-AI: High Performance Computing for AI services and for IIIA scientists in their research in the field of AI. 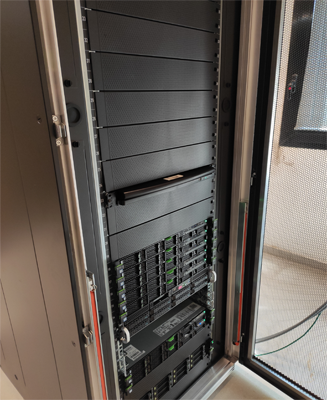 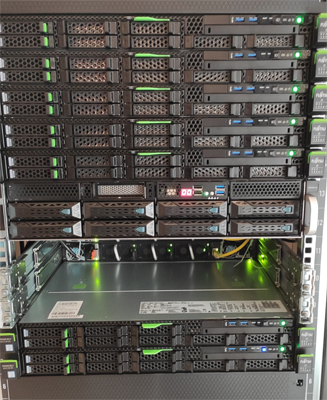 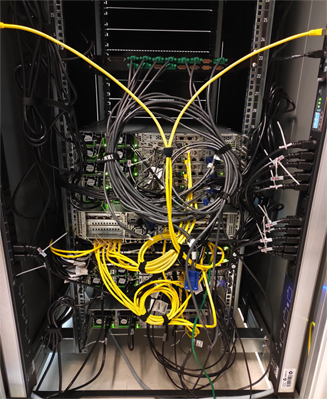 1Ramon Llull. Ars Magna, (1315). Ramon Llull expressed in the Ars Magna the idea that reasoning could be artificially implemented in a mechanical device which show the truths so clearly that there was not open to discussion. Ars Magna is considered the first attempt to use logical means to produce knowledge and one of the first implementations of artificial intelligence systems. In the sixteenth century, Giordano Bruno took up his work and developed these ideas as did, in the seventeenth century, Leibniz in the work De Ars Combinatoria.

IIIA's mission is to make the Ars Magna computing capacity available to both industry and researchers, whose projects require computing and memory capabilities beyond those provided by conventional computers. These requirements are sometimes driven by AI challenges that need to be solved in a distributed manner, and that can take advantage of the parallel computing provided by CAP-IA

What AI tools are available?

There are open source libraries for AI tools available, such as Pytorch, TensorFlow, Scikit-learn or Keras.

Additionally, there are several AI tools developed at IIIA that can be used. Highly qualified AI researchers and technicians from IIIA are also at your disposal to help make the most of the infrastructure and available software and, when necessary, will be able to develop customized software for R&D projects, such as:

Service 1. Use of Cluster for AI

HPC-AI can be used to solve problems with large computing needs. Only the computing service is offered here, with minimal support on the use of the infrastructure. The service does not provide support on issues like the structure of the data, the software used, or the results obtained.

This service is recommended for researchers and qualified personnel with the knowledge of using this type of infraestructure.

This service provides the following:

The price of this service is per CPU hour and can be consulted here.

Consultancy and advice is offered on issues such as:

One may combine the consultancy and advice service with the Use of Cluster Service, in which case the final cost must include the costs of the individual services.

This service provides the technology, experience and computing capacity for the design and development of decision support models based on data, through the use of AI techniques such as machine learning (ML), deep learning (DL), probabilistic graphical models, case-based reasoning and transfer learning, amongst others.

The computing service allows improving the efficiency of the models created through exhaustive simulation tests.

Service 4. Intelligent systems based on optimization

This service provides the most advanced optimization techniques, through the application of AI algorithms based on metaheuristics that allow us to tackle optimization problems on a large scale.

These algorithms include genetic and evolutionary algorithms, iterated local search, simulated annealing and tabu search or the Monte Carlo Tree Search (MCTS) methods that are suitable for solving decision and planning problems.

We are also specialists in constrained optimization techniques based on the SAT and Max_SAT constraint satisfaction algorithms that have proven their efficiency in solving industrial problems.